CALL FOR PROPOSALS "SUPPORTING YOUTH IN THE WESTERN MEDITERRANEAN" 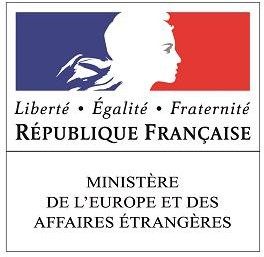 CALL FOR PROPOSALS "SUPPORTING YOUTH IN THE WESTERN MEDITERRANEAN"

The Government of the Principality of Monaco (Directorate of International Cooperation), the French Ministry of Europe and Foreign Affairs (Interministerial Delegation for the Mediterranean and Delegation for Relations with Civil Society and Partnerships) and their implementing partner, the European Institute for Cooperation and Development, invite eligible civil society organisations in Algeria, Spain, France, Italy, Libya, Malta, Morocco, Mauritania, Monaco, Portugal and Tunisia to submit their initiatives in favour of Mediterranean youth and more specifically in the fields of education, vocational training, socio-economic integration and the social and solidarity economy.

This unprecedented call for projects is part of the dynamic of the Summit of the two shores and the signing in Marseille on 23 June 2019 of the "Commitments for a new ambition in the Mediterranean" by the Foreign Ministers of the 5+5 (Algeria, Spain, France, Italy, Libya, Malta, Morocco, Mauritania, Portugal, Tunisia).

The winning projects will be implemented for a maximum duration of 18 months, starting no later than September 2020.

All the information relating to this call for projects and its details will be communicated when it is launched on Thursday 2 April 2020. It will be open for six weeks and will close on Thursday 14 May 2020 at midnight.