The French Embassy in Malta paid tribute to the French soldiers who fought and died in Malta, in presence of Jeffrey Curmi, Commander of the Armed Forces of Malta (AFM), the British High Commissioner to the Republic of Malta Cathy Ward and the Commander and the sailors of the frigate Aconit. 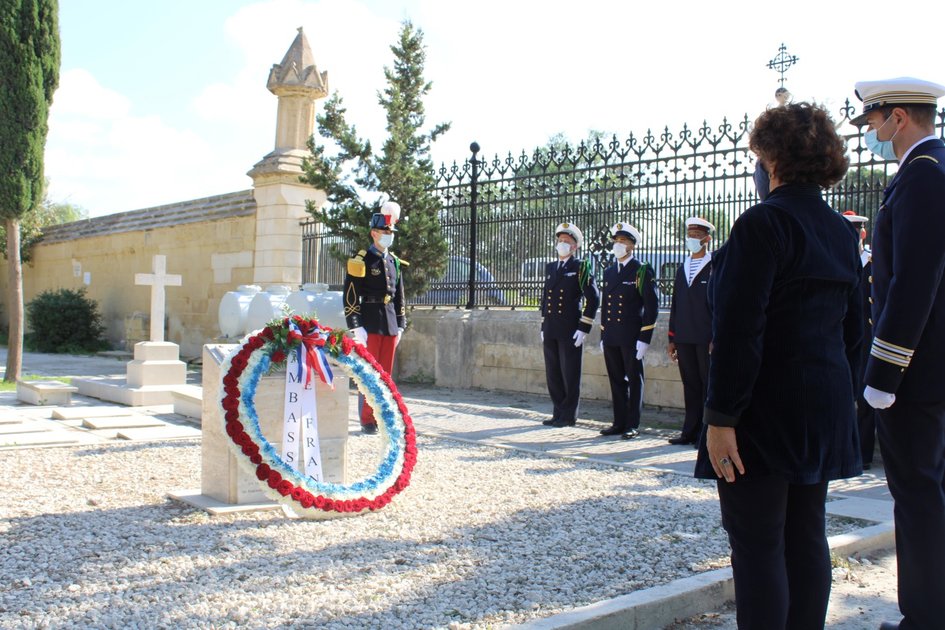 On Wednesday 11th November, the French Ambassador to Malta and her team visited the graves of the soldiers who died for France and were buried in four Maltese cemeteries, where they laid a wreath of flowers and all observed a minute of silence.

The French Ambassador first paid her respects at the Ta’Braxia cemetery in Hamrun, where twenty-one French soldiers who died for France were buried. 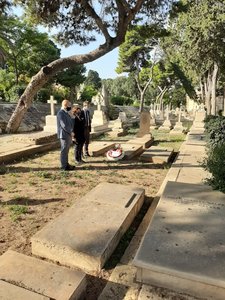 They then went to the Marsa cemetery - dating from the Ottoman era - where fifteen French soldiers who died for France were buried. 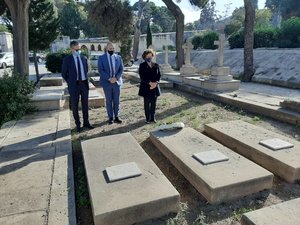 At the Bighi (Capucini) Naval Cemetery in Kalkara, where 44 French soldiers were buried, the French Embassy honored their memory.

This is the place where the team took part in the remembrance ceremony organized by the British High Commission to express our solidarity and honor the memory of their soldiers. 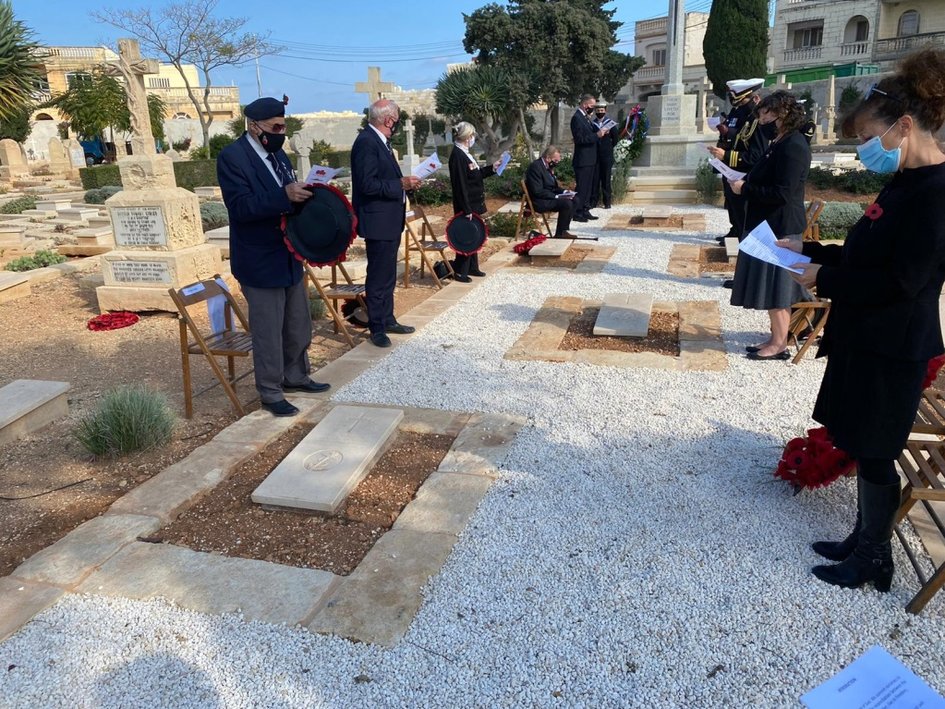 At the Addolorata cemetery in Paola, the French Ambassador paid tribute to our soldiers who died in Malta, in presence of Brigadier Jeffrey Curmi, the British High Commissioner to the Republic of Malta Cathy Ward and the Commander and the sailors of the frigate Aconit.

The Aconit team, on a stopover in Malta for a mission in the Mediterranean, honored the names of our fallen soldiers in the company of an intern to the International Maritime Law Institute (IMLI). 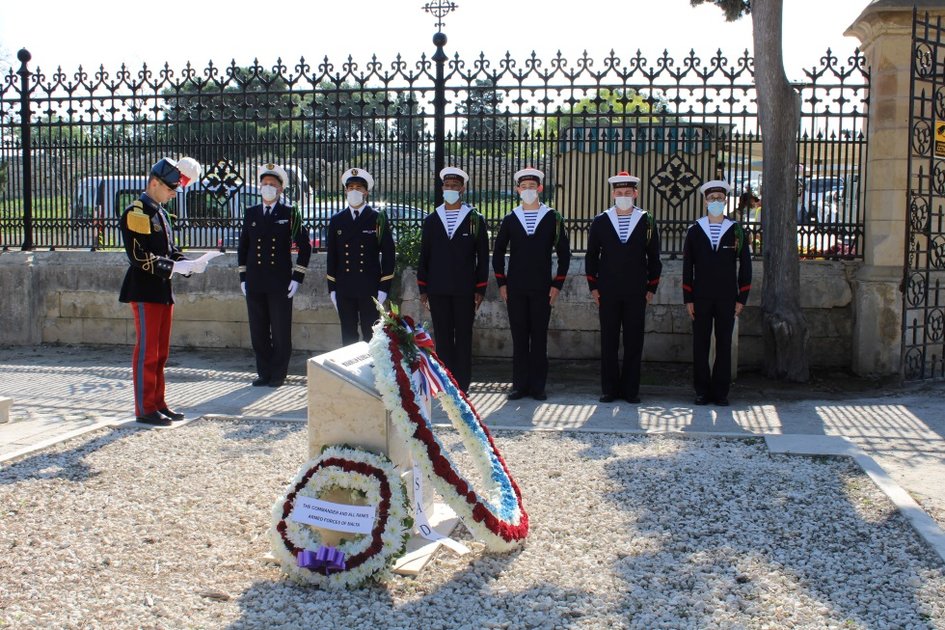 The Remembrance Day takes place this year into special circumstances. For sanitary and safety reasons, the Embassy could not welcome the French community in Malta to the ceremony, but it associated it by thought.