The Routes of Santiago de Compostela in France

Step after step after step... At the end of the Way of Saint James and following days of walking, the Cathedral of Santiago de Compostela has, since the middle ages, stood as a beacon for the pilgrims of the world. Of course, some of the routes on the Way of Saint James cross Spain, but others are an invitation to discover France’s regions. These routes have been followed for centuries, and the splendid, astonishing monuments and landscapes are an ample reward for the efforts of the walking pilgrim.

In 2013, 215,000 pilgrims – half of them Spanish – stepped across the threshold of the Romanesque Cathedral of Santiago de Compostela. The others are men and women from all around the world, including Germany, Italy and the USA. They are often the ones who choose to follow one of the four main French trails, armed with sturdy shoes, a stick and steely determination. 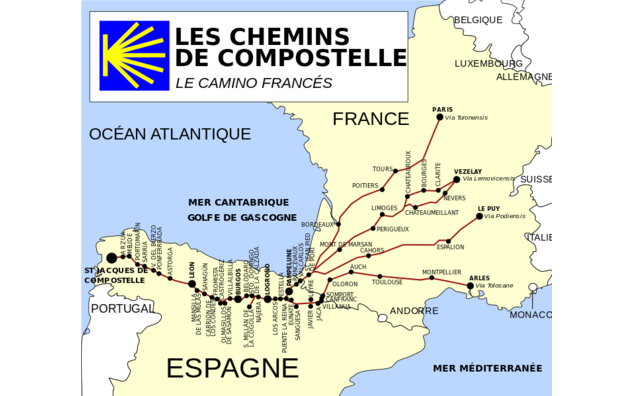 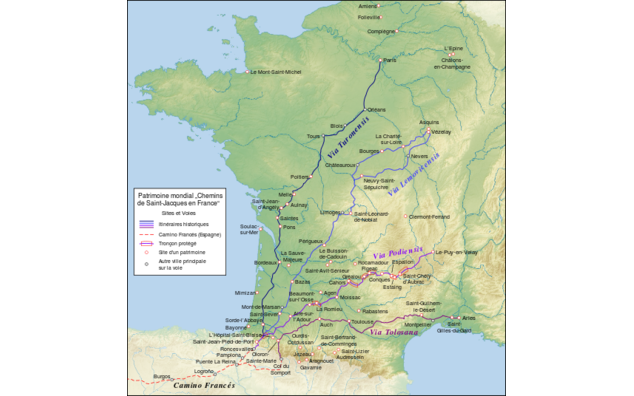 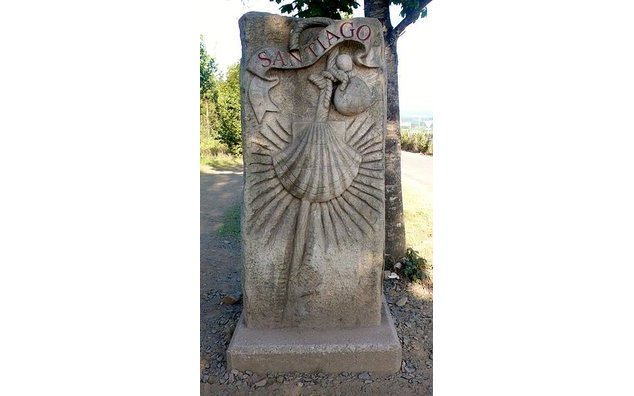 The leading French route runs from Le Puy-en-Velay. In 2009, more than 12,000 pilgrims from 63 different countries received a pre-departure blessing in its Cathedral. That blessing is often more of an assurance of a good journey, as the aim of the hike is not religious for the vast majority of walkers. They often want to achieve something, attain a personal goal or simply recharge their batteries. As soon as they leave the Saint-Michel d’Aiguilhe church, spectacularly perched upon a narrow volcanic chimney, the pilgrims of the Way of Saint James know that the route ahead will be flabbergasting. That route is the best-known of the historic routes, and also the oldest one: the first pilgrims followed it before the year 1000. Walkers cross volcanic landscapes, granite massifs and the infinite plateaus of the Aubrac before drifting into the peace and beauty of the Lot Valley and onwards into the rolling hills and valleys of Gascony. Pilgrims enjoy the beauty of the Romanesque architecture as they walk, including the Sainte-Foy Abbey-Church. Below, walkers’ footsteps echo around the cobbled streets of the mediaeval village of Conques. This world heritage site is an unbeatable place to stop. Further along, the Valentré Bridge, in Cahors, one of Europe’s most beautiful historic monuments, is reflected in the Lot River.

Bridges were built to allow pilgrims to cross rivers and streams; towns followed. The development of the pilgrimage fostered the prosperity of the regions stretching into Spanish Galicia. Legend has it that a hermit found the tomb of the apostle Saint James in 813, guided by a star. That is how Compostela gained its name, which means "the field of the star". The Church soon organized the pilgrimage, which gradually petered out in the late 19th century. It was relaunched by a French organization in 1950, and it recovered its former glory with a little help from the Council of Europe, which declared it the "first European Cultural Itinerary" in 1987. The popularity of the pilgrimage has increased constantly since then, with pilgrim numbers increasing fifty-fold in 20 years.

Another way to start the pilgrimage when you live further away – or even outside Europe – is to fly to Paris! At the very heart of the City of Light, behind the well-named Tour Saint-Jacques and a few metres from the Châtelet Metro station, pilgrims can start their journey from the terrace of the Café Livres. The credencial – a sort of pilgrim’s passport, allowing them to receive a certificate on arrival in Santiago de Compostela and, more importantly, to stay in special pilgrim accommodation – is stamped at the bar. After following the rue Saint-Jacques towards the South, pilgrims then begin the Tours Way (via Turonensis, in Latin), like Saint Louis and Richard Lionheart before them. The Via Turonensis is known as the "Grand Chemin" (Great Way) in France, or the "paved pilgrim’s way". That route passes through Chartres and pilgrims can admire the city’s beautiful Gothic cathedral, which is never exactly the same depending on the light passing through its windows. Next, the fabulous, majestic route continues into Château country, passing through Chambord, Blois, Chenonceau and Amboise. Such Renaissance treasures! Visitors to the Notre-Dame-la-Grande Cathedral in Poitiers can only be amazed by the beauty of the painted motifs on the columns. After the Gironde estuary, the perfume of the vineyards fills the air as the route continues into Bordeaux and its wineries. For crossing France on foot or by bicycle towards Santiago de Compostela is also an opportunity to sample its gastronomy and the hospitality of its people.

If you are a lover of Burgundy wines, you might as well choose to start the Chemin de Vézelay. This third French route starts from Vézelay Abbey (Abbaye Sainte-Marie-Madeleine de Vézelay) with its impressive play of light thanks to its alternating dark- and light-coloured stones. The route continues towards Bourges, then Limoges and Périgueux, plunging the walker into the deepest France with its tradition, countryside and peaceful way of life, not to mention great food! France’s nature is generous with its blessings. While most pilgrims walk from April to October, a clement climate is ensured all year round on the Arles Way. In mediaeval times, Compostela pilgrims and pilgrims to Rome met constantly on this Mediterranean route, the longest of the four. That extra distance is also packed with marvels. In the Haut-Languedoc, the twisting landscapes require endurance, despite the strident encouragement of the crickets. Toulouse, the Pink City, is a beacon, a place to recover strength. Even further South, herds of sheep are a reminder that the crossing of the Pyrenees is ahead. The Pyrenees mountains form a natural border between France and Spain. Beyond, the four routes meet to form a single "Camino Francés" (French Way), nicknamed the "autoroute des pèlerins" (pilgrims’ motorway) because it is the most popular. After all that walking, Compostela is only another 800 kilometres away! Pascale Bernard